Getting married and the weddings ceremony that follows are symbolic markers in life, as many of us can attest to. Weddings can be influenced by a number of factors, which includes religion and culture. Its roots are often sustained through traditional customs and practices that withstood the test of time. Having taken a look at Chinese weddings, today our focus will be on Malay Muslim weddings.

Loosely translated to solemnisation ceremony, akad nikah is the actual wedding. This is where the solemnisation of the oaths occurs. As for the venue, it usually takes place at the homes of the bride or the bride’s parents. There are others who choose to have this ceremony conducted at the local mosque as well. A requirement at this ceremony is the presence of the kadi (official solemniser), who pronounces the couple as husband and wife. Also, a thing to note is that if you’re not invited to the ceremony, there’s no need to be too salty! For the most part, only close friends and family members are invited to witness this private ceremony.

As part of the akad nikah proceedings, there is an exchange of betrothal gifts – hantaran. This exchange of betrothal gifts occurs between the bride and groom. Generally, there isn’t really a “typical” gift when it comes to hantaran. That’s why you’ll end up seeing gifts ranging from designer clothes, jewelry, and perfume to food items such as pulut kuning (yellow glutinous rice). On top of betrothal gifts, there is also the custom of duit hantaran. This would be money given from the groom to the bride. Again, there is no stipulated amount for the bride to expect. The final amount is pre-discussed and ultimately, it would be highly dependent on the financial status of the groom and his family.

After the akad nikah comes the walima (wedding banquet). Take it as the second of a two part series known as a Malay Muslim wedding. If you’re wondering if the Malay Muslim weddings you’ve attended thus far is considered the walima, then you’d be right! The walima is a major feast that announces the marriage to family and friends. Traditionally, it can span the course of a weekend. This is because the bride and groom will have their own separate function. So, there’s no real surprise that the guest list can hit four digits (we are not kidding). With so many things happening during the walima, you might be a little dazed and wondering what some of the activities might mean. The next segment looks into the happenings within the wedding banquet of a Malay Muslim wedding!

A Malay Muslim wedding tradition that is still practiced till today is the kompang entrance. You  definitely won’t miss the distinct drumming of the kompang (a handheld drum). The kompang entrance is a signal that the groom has arrived at the wedding venue of the bride. It also adds an air of festivity to the occasion! The groom would stand at the front with two men holding bunga manggar (replicas of palm blossoms made of tinsel paper) next to him. A long line of at least 10 men completes the kompang ensemble. As they slowly make their way to the wedding venue, the kompang players will beat their handheld drums and also start singing! This would either be poetic well-wishes for the wedded couple or melodic recitations of verses from the Quran.

Upon the arrival of the groom, he will be stopped by the close friends and family members of the bride. This “interception” is known as the hadang (gatecrash). It’s a bit of fun and laughter as the close friends and family of the bride set up a series of obstacles for the groom to overcome. Yes, so if any guys are reading this, do take note that it won’t be all that plain sailing on your big day! But not too worry, most of it isn’t anything too difficult, just a little bit embarrassing maybe! Usually the groom is expected to recite romantic pantuns (poems), perform a dance or song, and even fork out some cash. Once the bride’s group of friends and family are convinced and satisfied, they’d allow the groom to pass through to meet his wife.

This would be the highlight of a Malay Muslim wedding! The bridal couple, fully decked in their wedding finery, would sit upon the thrones laid out specially for them on the pelamin (dais). After all, they are kings and queens for the day. Family and friends would then take turns to walk up to the couple and offer their well wishes. This is where the couple really starts to feel like royalty (or professional models!) As they sit on the pelamin, the wedding photographer will be stationed right there to take countless pictures of the couple along with their guests. For the most part, there isn’t too much of a fixed Malay Muslim wedding itinerary. The entire occasion is about celebrating a joyous occasion and these are just some commonly practiced Malay Muslim wedding traditions and customs!

This global pandemic we are in has brought a host of challenges to everyone involved in the wedding industry. From brides-to-be to wedding vendors, these are unprecedented times. We, here at Delegate, want to be part of the solution and that is why we started this Facebook group – Save Wedding Vendors. We aim to build a community of helpful vendors and members. You can post your queries, ask for recommendations and share promotions or reviews as well.

We also started a second initiative to support vulnerable individuals and families affected by the COVID-19 situation. During this circuit breaker period, as part of the community, we will be donating SGD1 for every package purchased on Delegate to The Courage Fund by National Council of Social Service (NCSS). Do feel free to spread the word and support this cause! 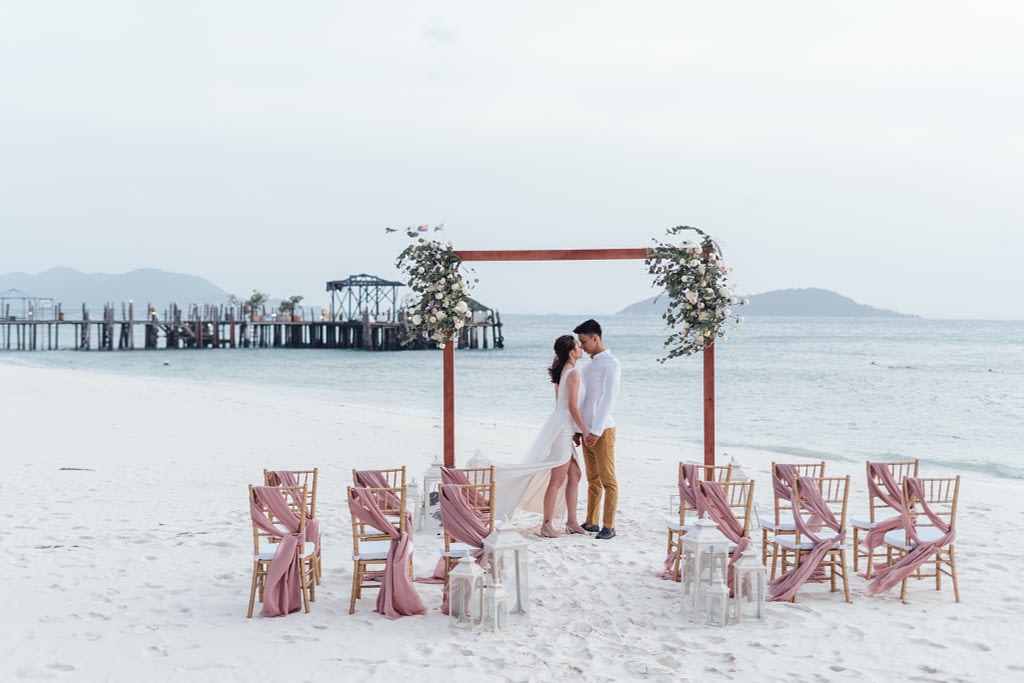 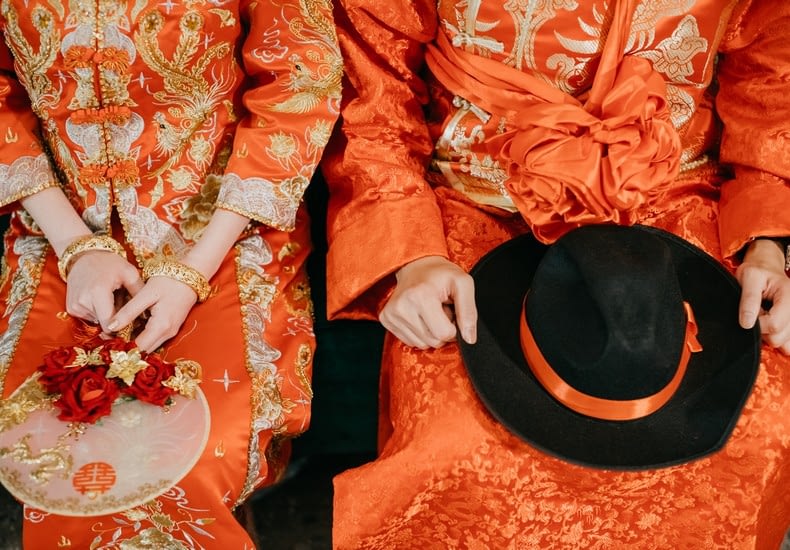 Dressed Appropriately According To Tradition 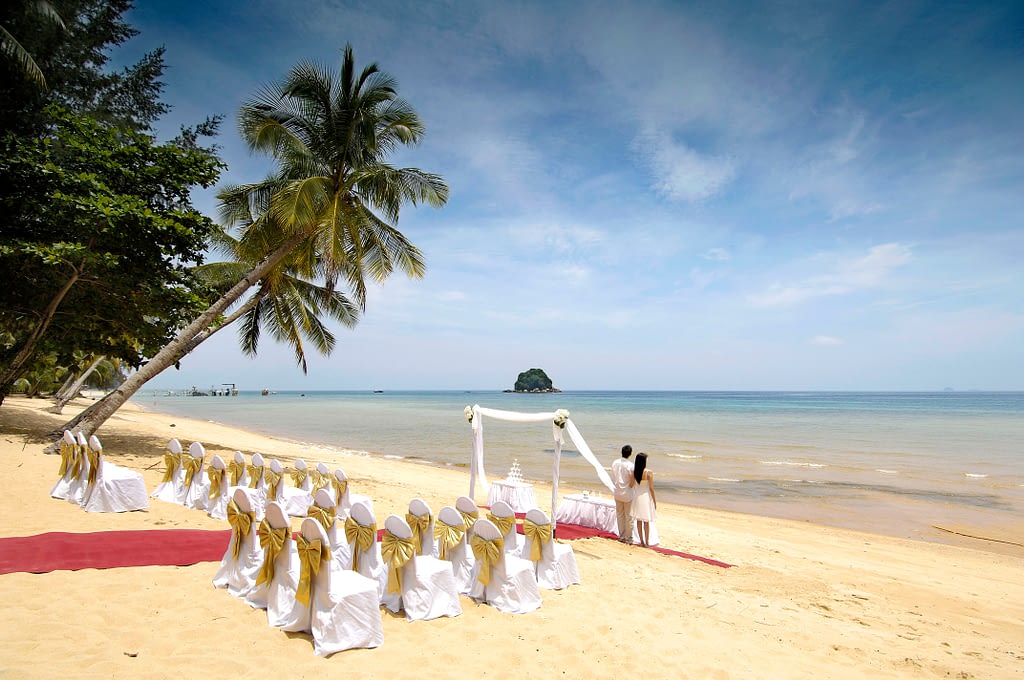 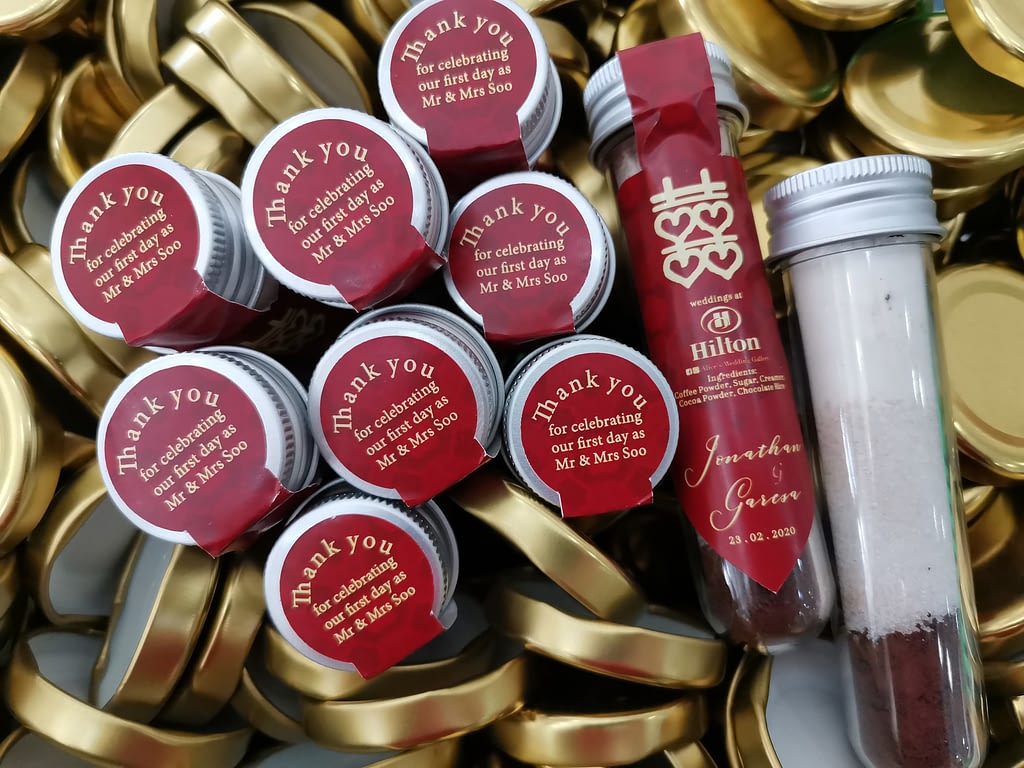 One-Stop For Invites And Favours 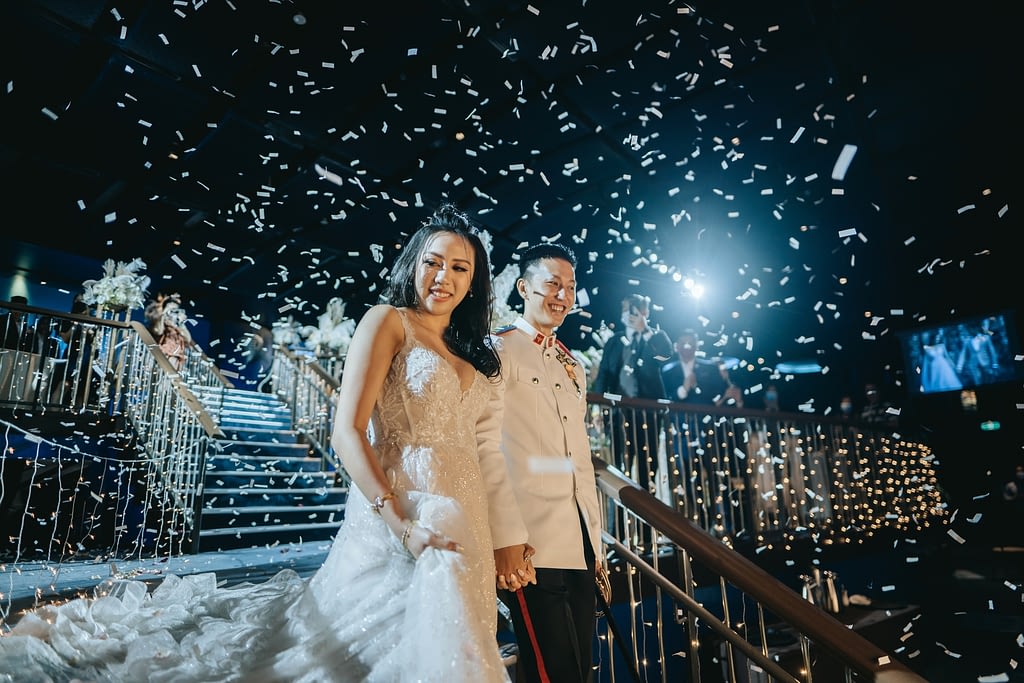 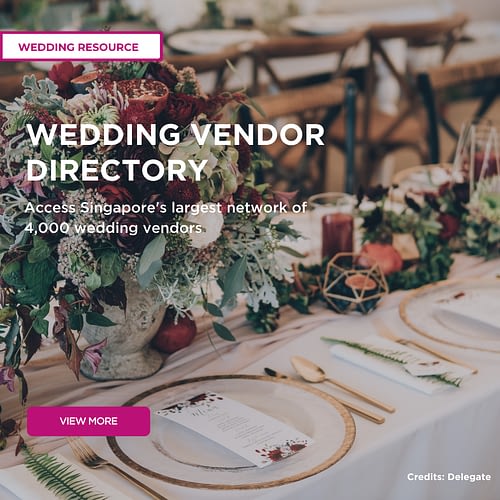