In Her Element: Tania Chan, Marketing Director at The Lo & Behold Group

In Her Element is a photoseries by Delegate featuring inspiring women in Singapore who excel in their various domains. For our second issue, we visited Tania, Marketing and Communications Director of The Lo & Behold Group (TLBG) at their beautiful office on the second floor of a shophouse along Beach Road. 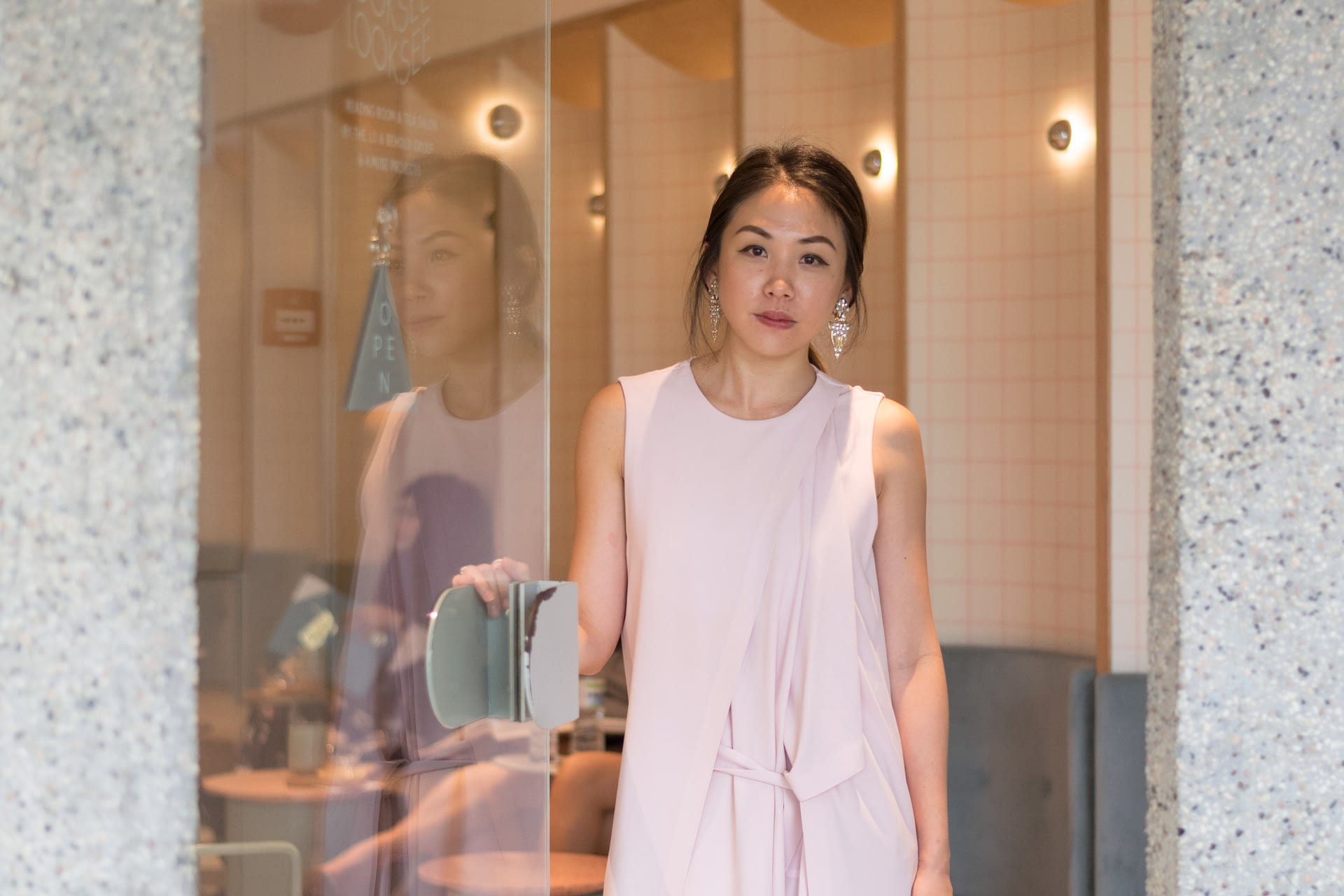 Tania Chan is a feisty, cheeky and elegant creative extraordinaire who manages a team of 16 individuals working on 12 (and soon to be 15) brands under The Lo & Behold Group.

Previously, the 32-year-old worked on the agency side and spent five years as a brand strategist under Ogilvy. However, working in an agency did not afford her the same satisfaction since campaigns tend to have a more transient lifespan. Instead, she prefers working in the lifestyle marketing industry because of the amount of control she has over the final product – everything is within their power to influence in some shape or form.

“The stuff we are creating (here in TLBG), if we do it right, it can be timeless.” 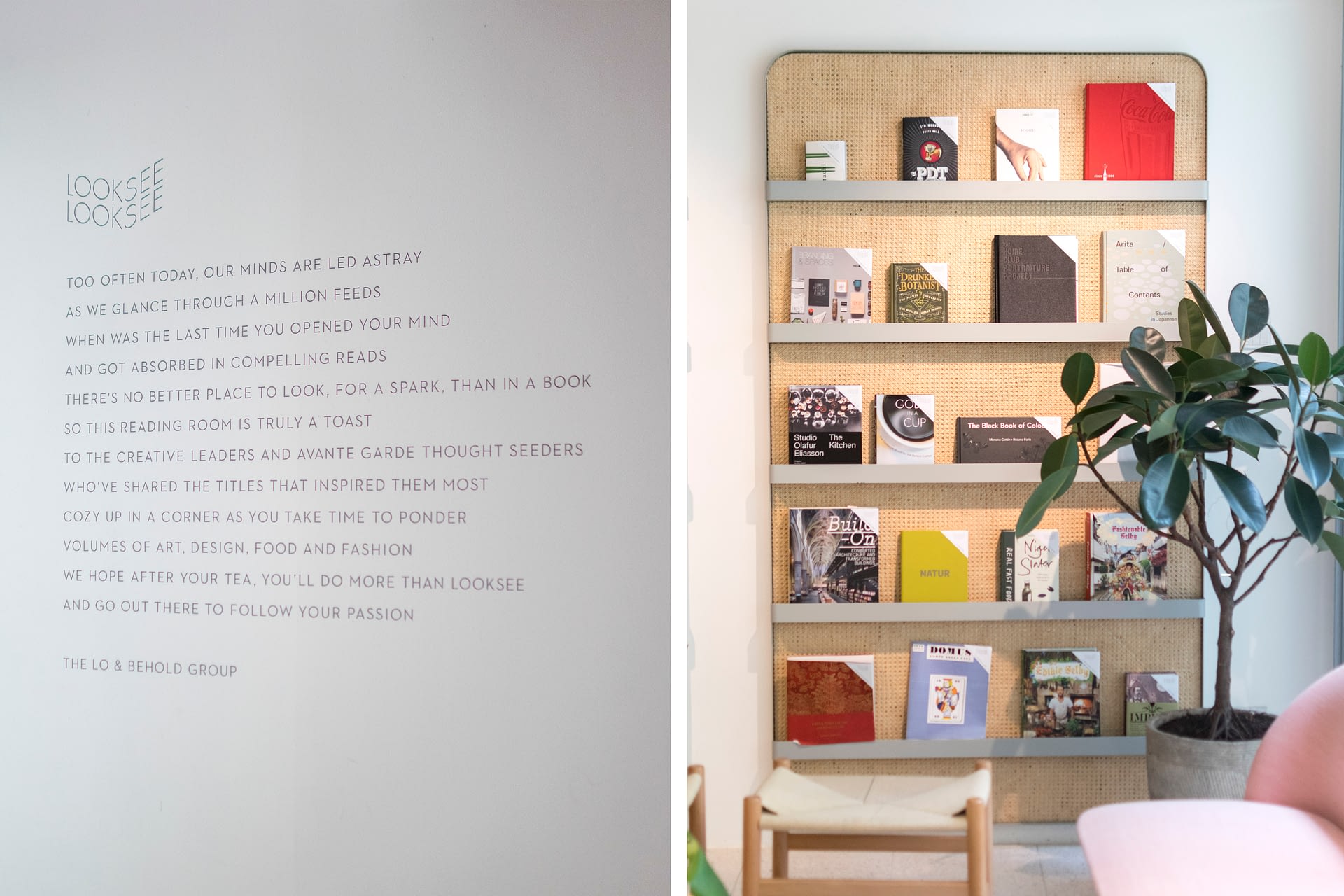 The Lo & Behold Office is located on the second level of the shophouse, above tea salon/ reading room Looksee Looksee. 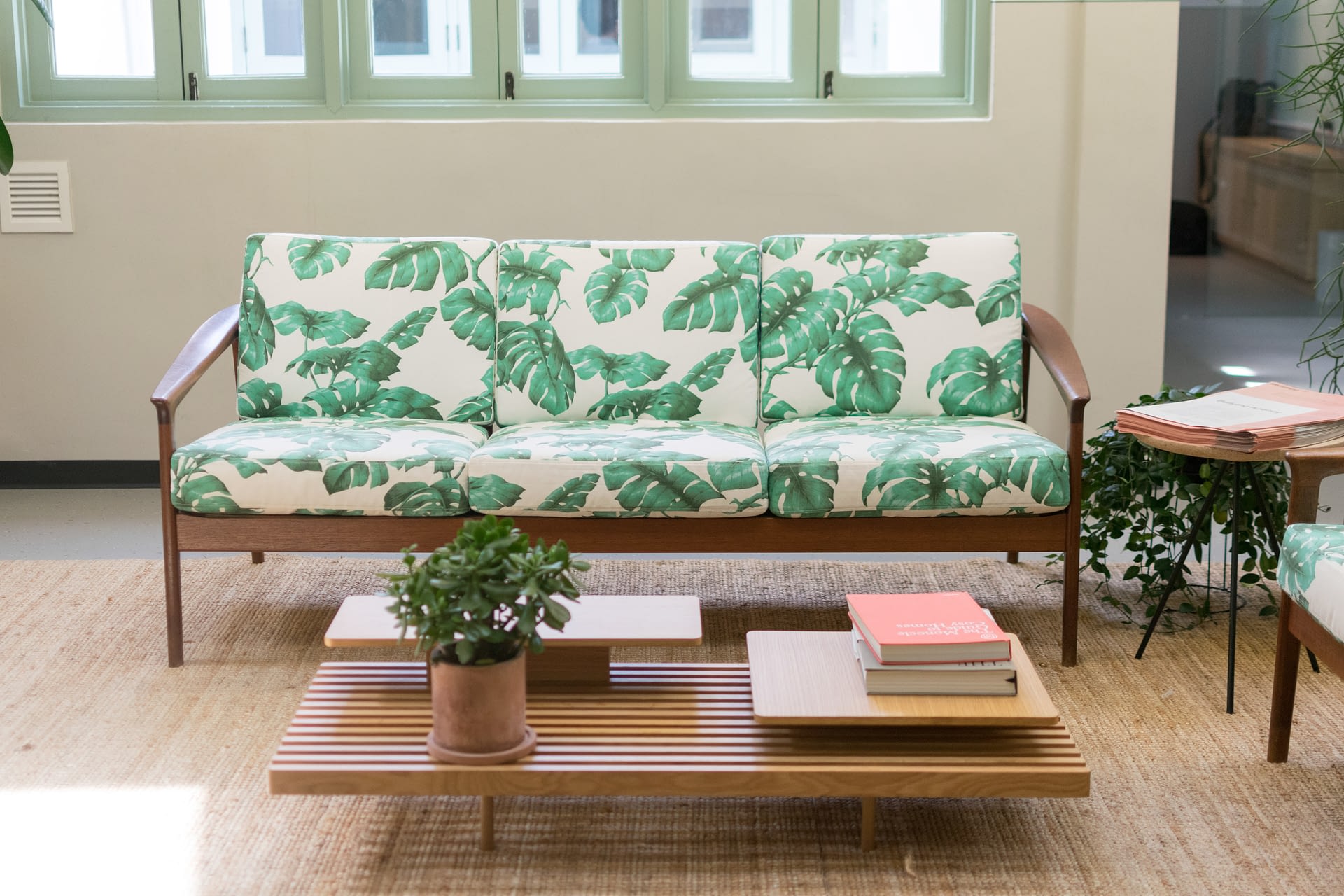 Office goals! The space is filled with splashes of lush greens. 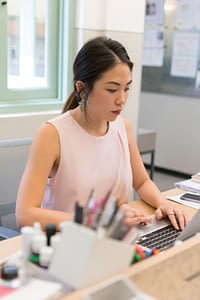 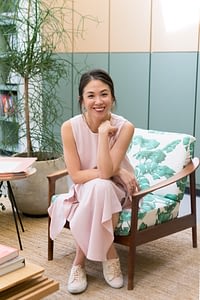 Tania describes herself as being a little intense and always giving her hundred percent in everything she does. This means she can be very demanding and expect high standards from her team, which is why they jokingly refer to the office as a prison and Tania as the prison warden who works them to the bone. But, there are no hard feelings in the team. In fact, they affectionately name themselves the “Lo Behoes” and they go all out when it comes to playing too. She admitted with a laugh that the team has many videos of their drunken nights together. 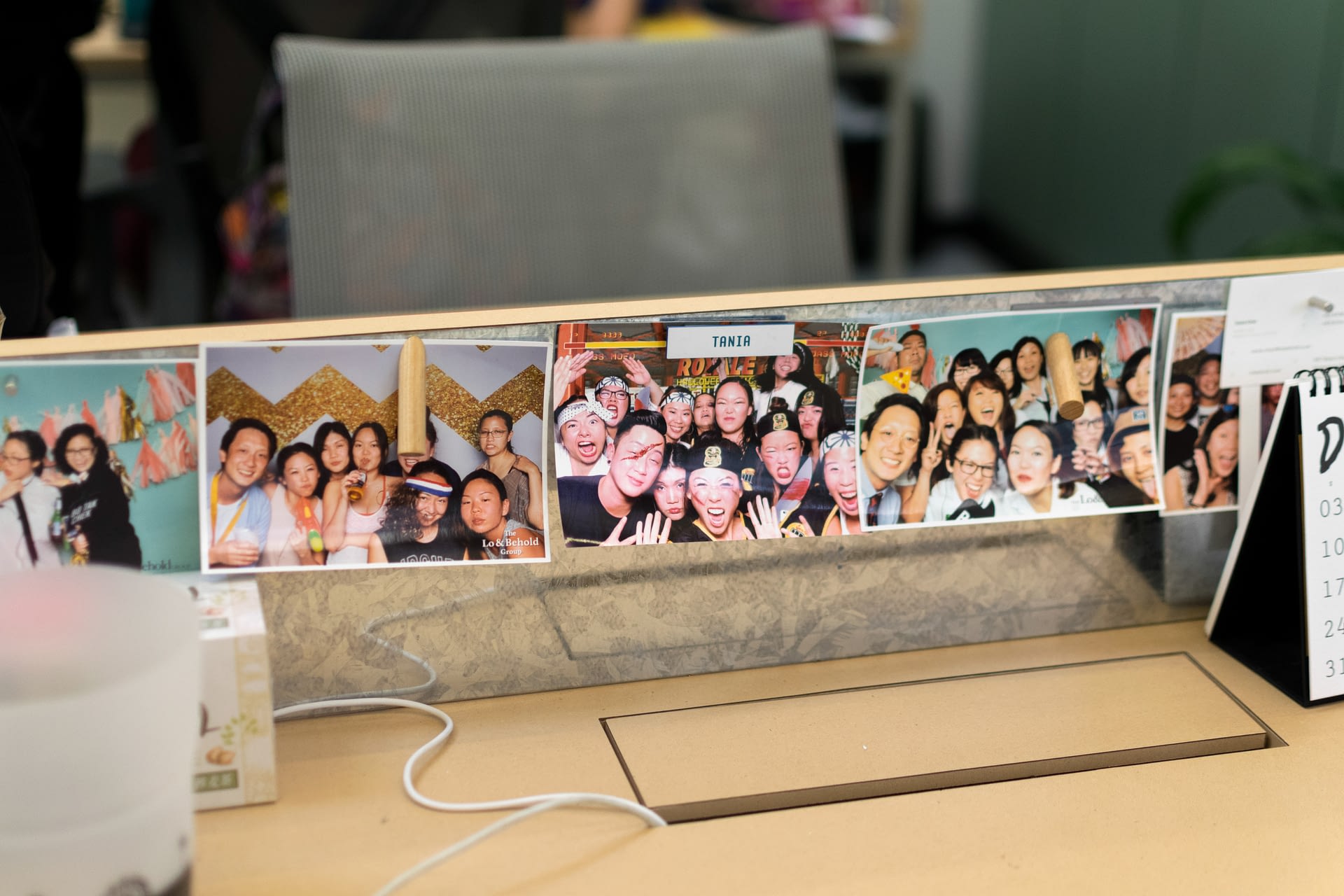 “It’s one thing to break up with someone if they’ve messed up but how do you learn to be okay with break ups if there’s actually nothing wrong, it’s just not working great anymore?” 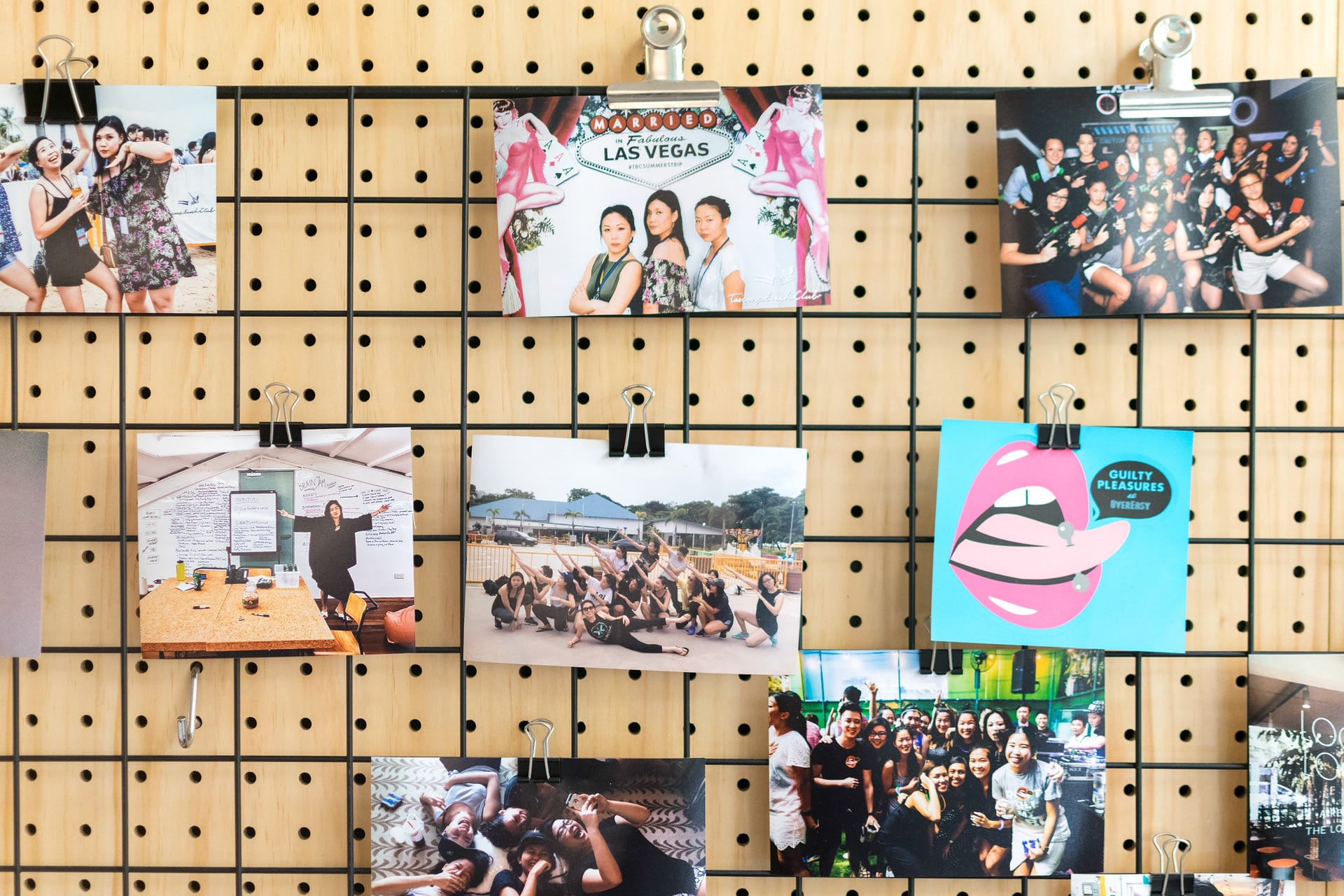 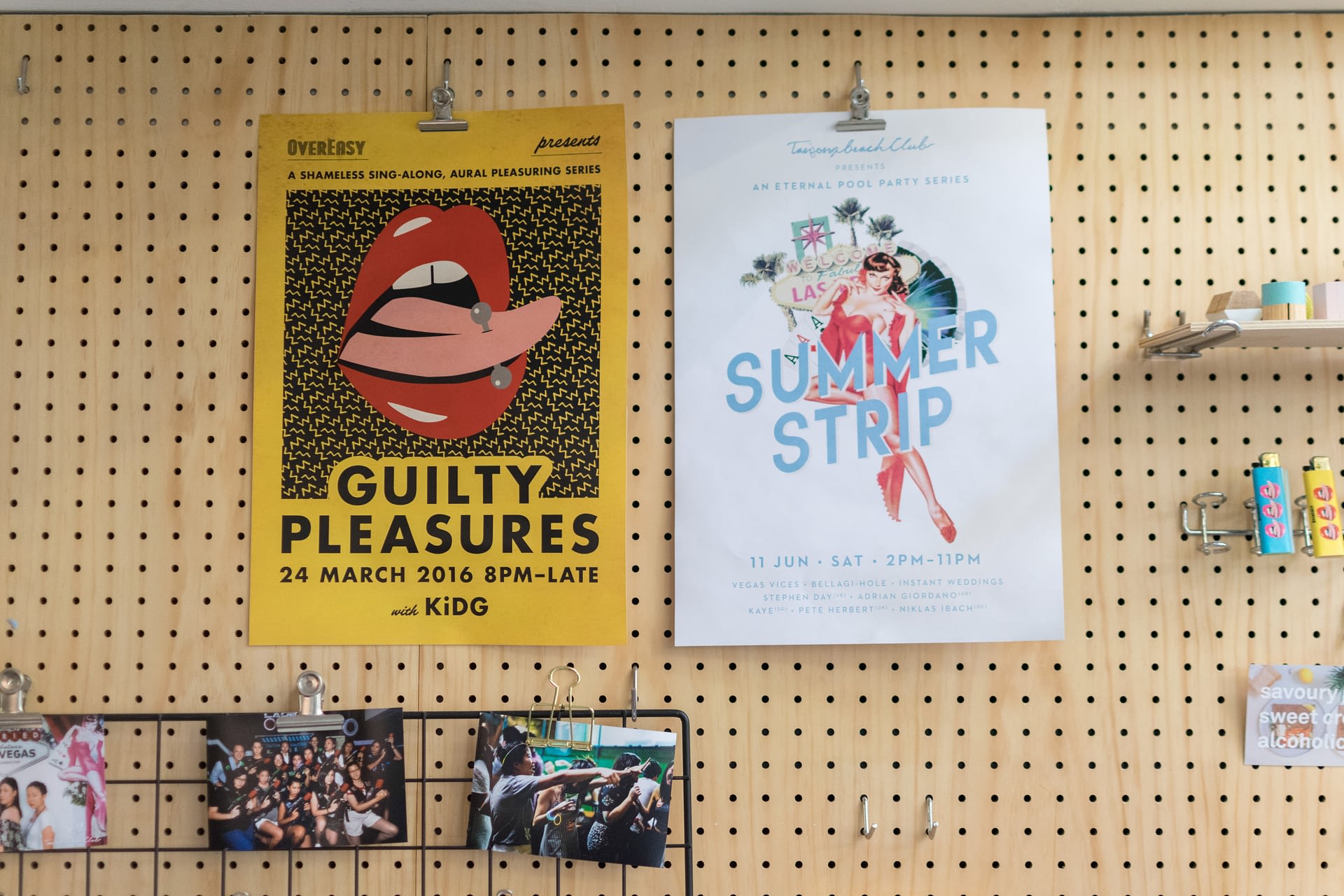 As a brand, TLBG is equal parts classy and cheeky, though they do get into trouble sometimes for being a little too cheeky. “But we love trouble,” Tania explained. Now, the brand errs more on the side of elegance and sophistication. However, it’s hard for them to lose that inner cheekiness.

“When it gets a little bit too vanilla for us, we have to go back and inject a little more flavour.”

Recalling one of the times when they got into a tight spot for being too cheeky, Tania recounted how she had to run away from the emails and complaints about an advertisement they had placed in Orchard Road. The team had to cover up for her by saying that she was out of town.

Passion is a prerequisite for a career in TLBG. The biggest inspirations for their brands stem from what they see on their travels, as they get to see the best of what the world has to offer. Though the company has an initiative where they pay for an employee’s trips aboard, work never really ends even when they’re travelling.

“You have to be truly be passionate about what you do because if not, it’s going to be really tiring because you can never switch off from work.” 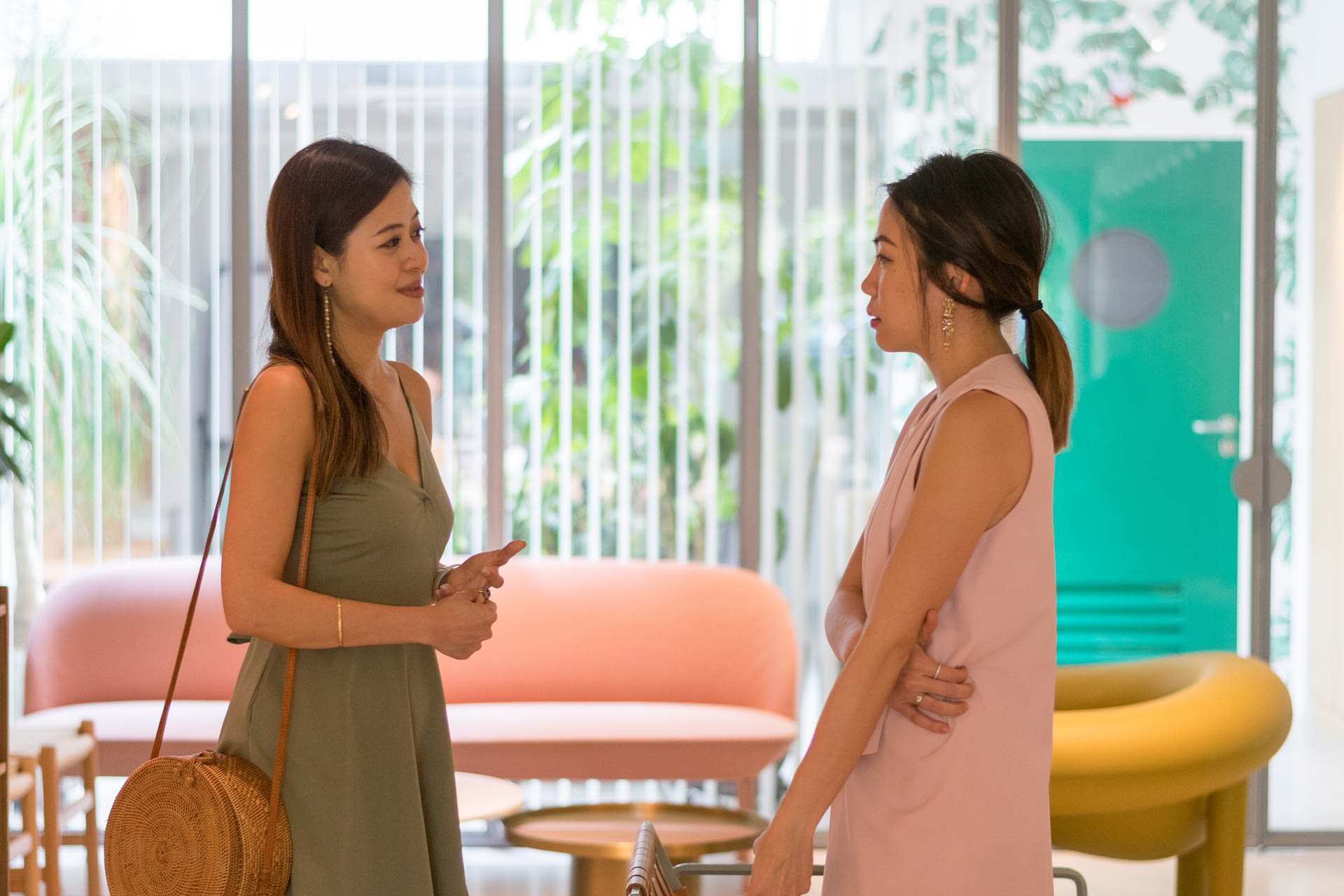 It is inherently more challenging for women entrepreneurs and women in businesses, Tania admitted. It is not to detract from the men who run their own businesses, but the emotional obligation that women feel are scientifically more on average than men.

Personally, she feels the strain from her position as she is recently married and thinking of family while basically having 16 children already.

The problem is that time and energy are finite and with only so much to go around, how can one choose from the multiple hats they have to wear – to be a good mother, daughter, wife or career woman? Ultimately, Tania refuses to believe that she has to choose or prioritise one role over the others, instead adopting a “I’m going to do or die trying” mindset.

To destress, she turns to her what she loves – alcohol. Everything but tequila, that is. Tania also loves music and professes that music festivals are her favourite thing in the world. She enjoys Post-Rock, Indie and Folk but absolutely cannot understand R&B or Hip Hop. 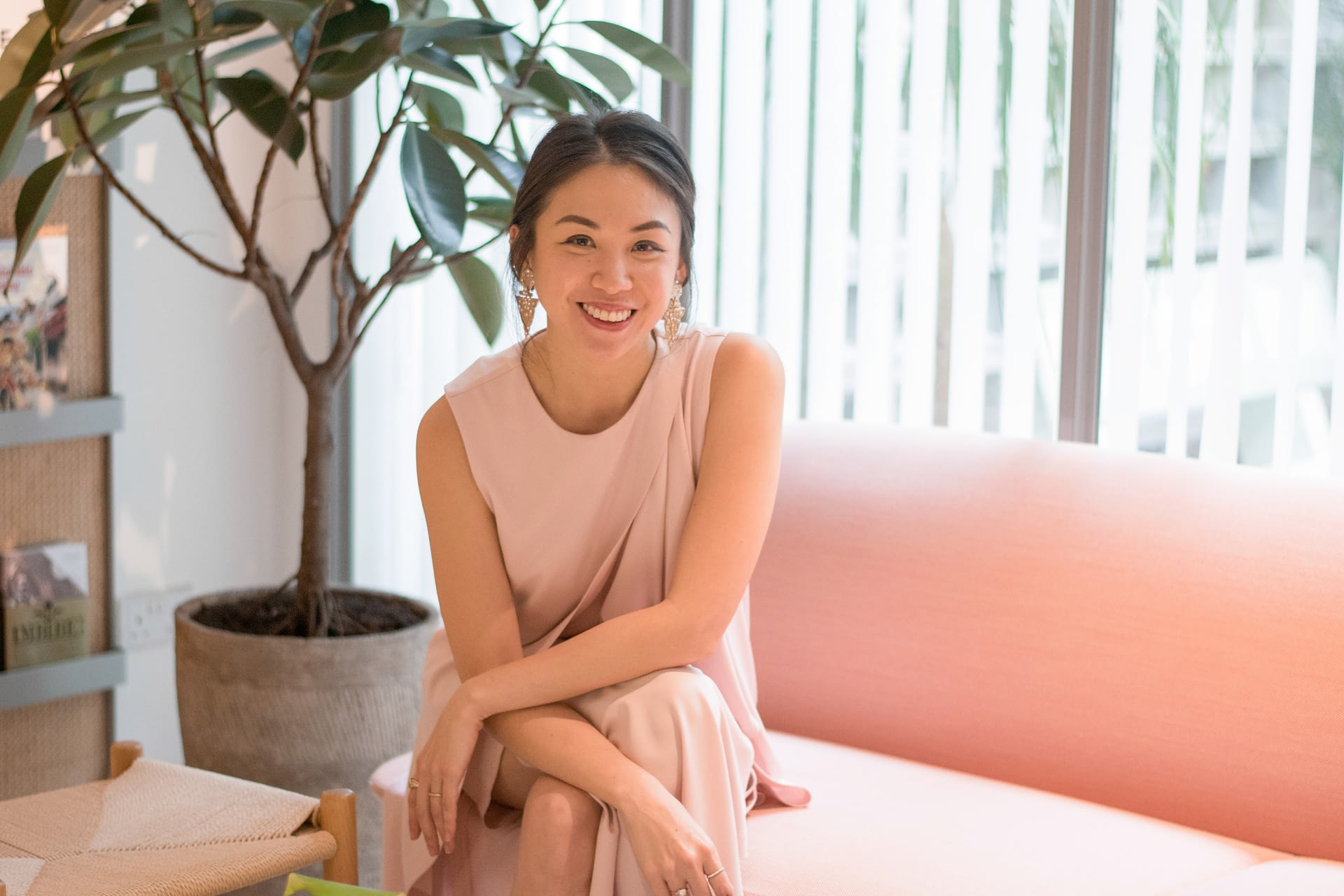 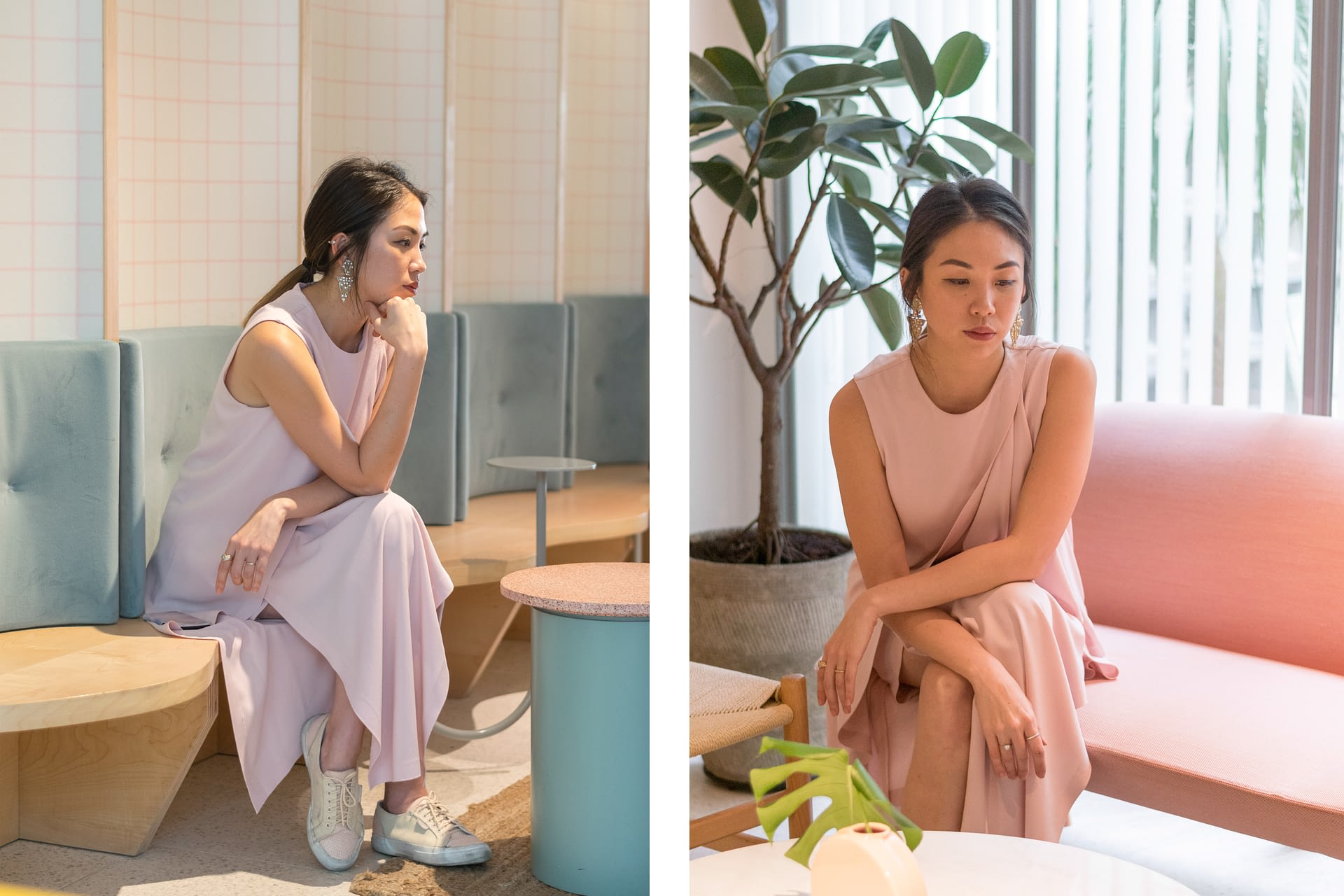 Three of her fashion must-haves include:

“Even Victoria Beckham has retired her heels, that’s a sure sign that’s the way to go,” she laughed.

Ultimately, when asked about her absolute favourite part about working at TLBG, she replied:

“I could speak of the unique concepts, the perks of being able to dine and travel or the fact that we’re always trying to push boundaries. But, the heart of what it means to work at TLBG is that working here challenges me in every single way, every single day. As a marketer, as a business woman and as a leader.” 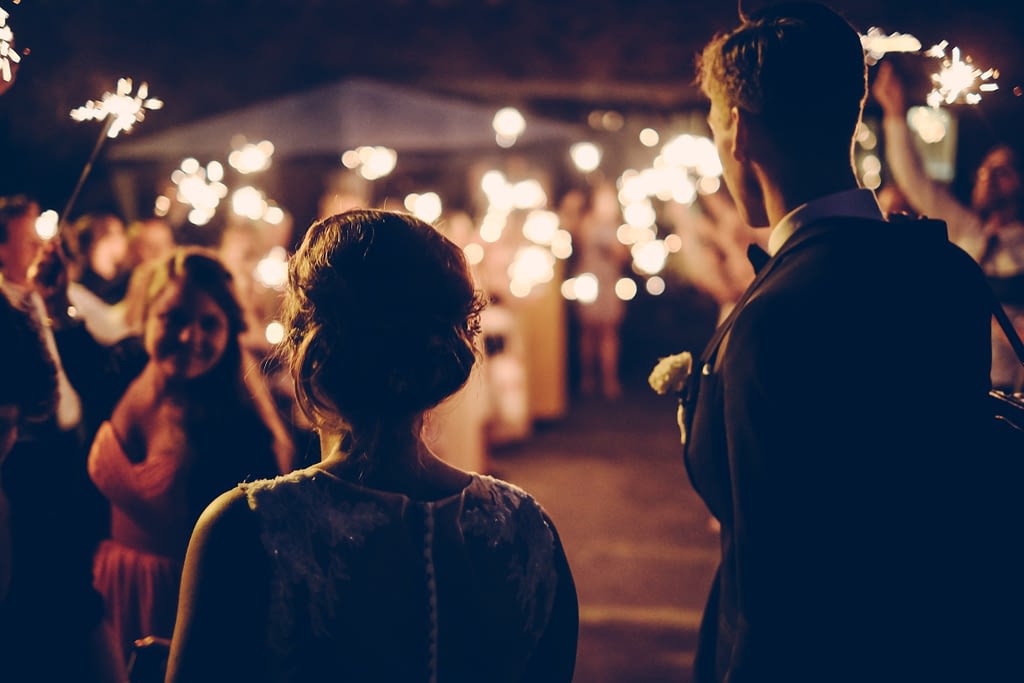 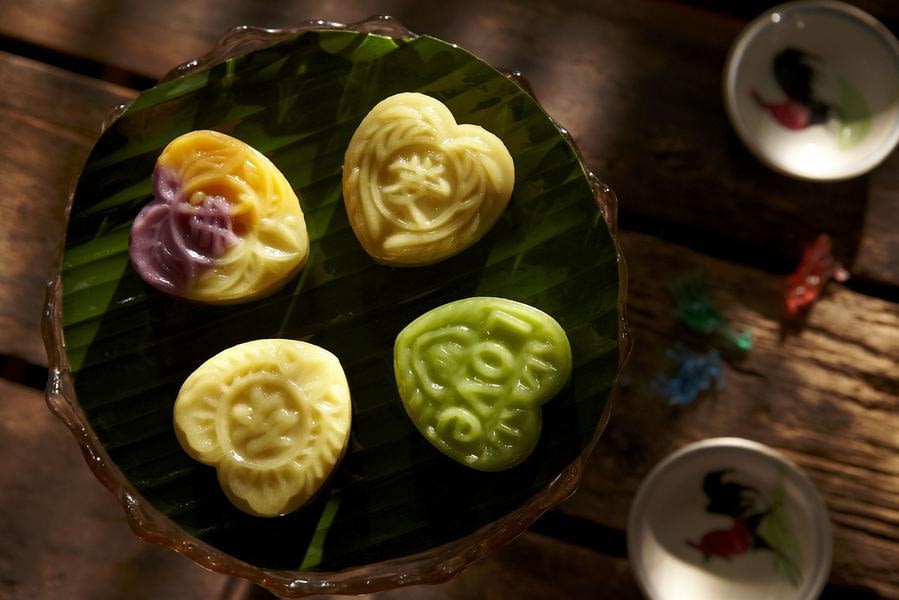 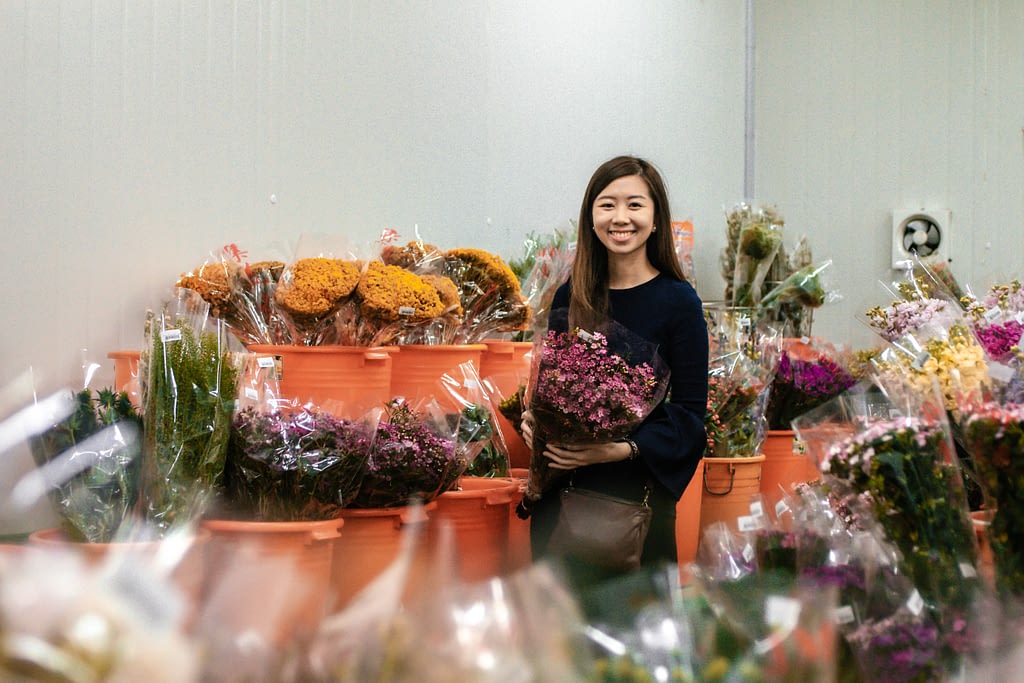 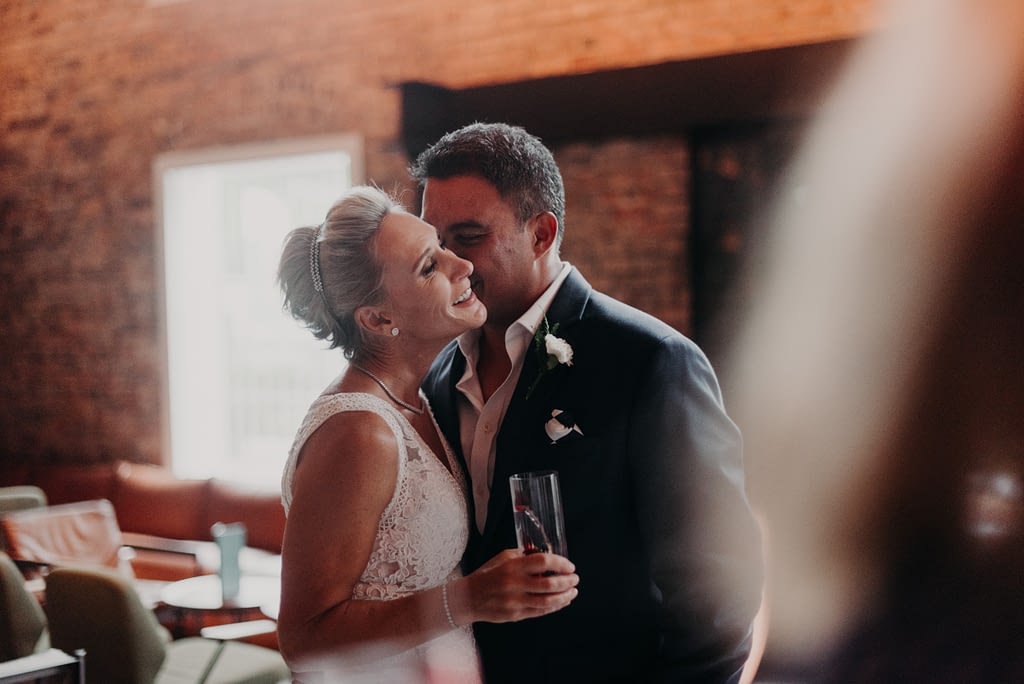 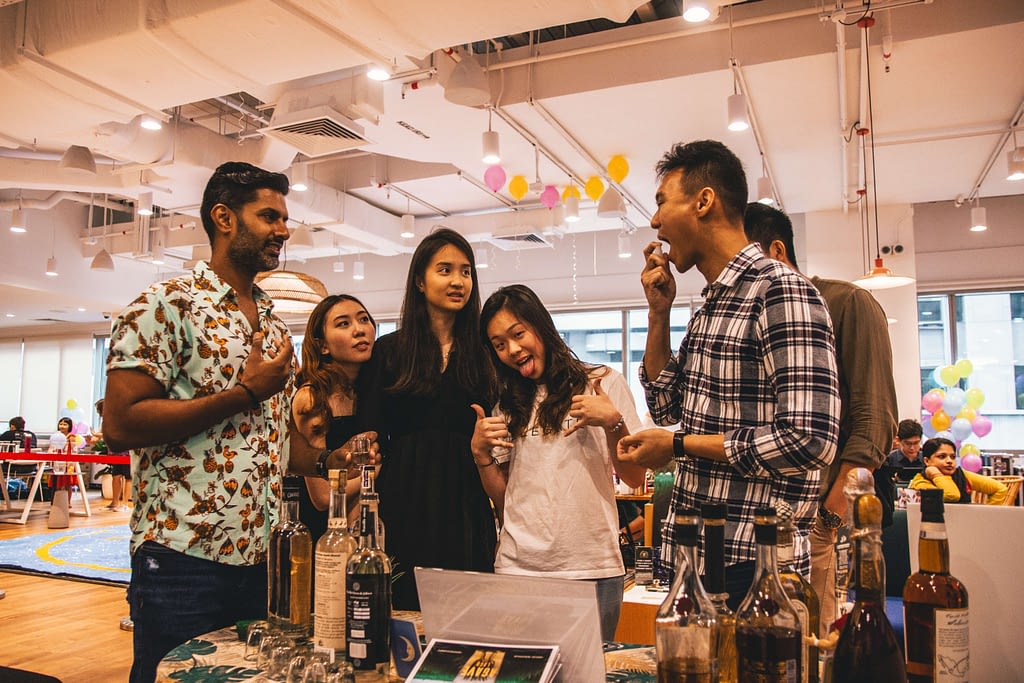 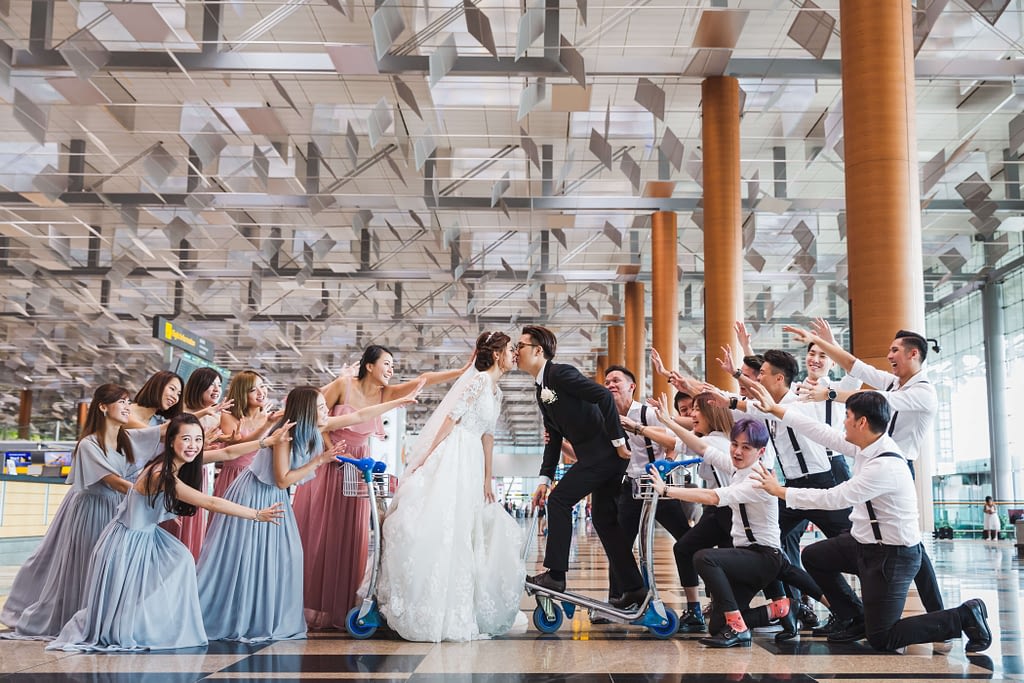 Get To Know: Atos Wellness

In Her Element: Dawn Koh, Founder of Ektory 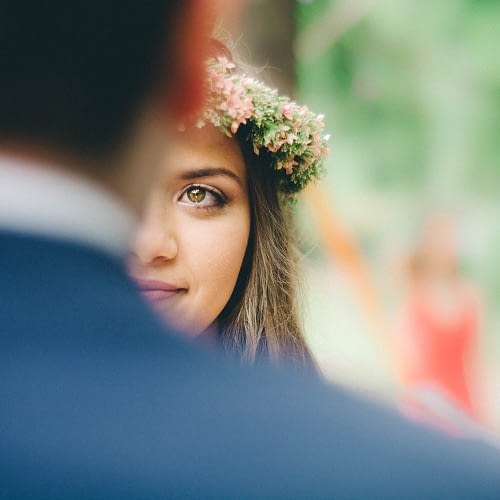